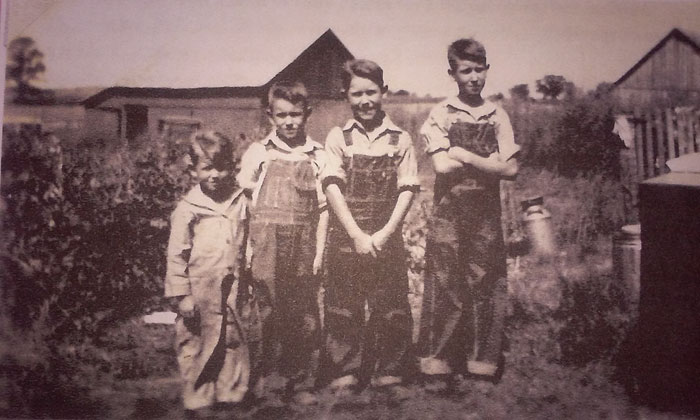 Earlier this summer, I had the great pleasure of serving as a guardian on Honor Flight #20 out of Tulsa. It was a great opportunity to meet veterans from both the WWII era and the Korean War. One of the individuals that I met on Honor Flight #20 was Jack Green, a WWII era veteran, an East Tulsa resident, and one of my constituents in House District 23. After the Honor Flight, I met with Jack and his wife, Pearl, to find out a little more about his military experience and the couples life experience.

On November 26, 1926, Jack C. Green was born on a farm located in Leech, Illinois. Jack was the second of five sons born to Clarence and Katie Green. On the family farm, they raised wheat, corn, oats, soy beans, cattle, chickens and turkeys.

Sadly, by age 10, Jack and his three remaining brothers were orphaned and taken in by separate foster parents in the area of Albion, Illinois.

In 1945, Jack was drafted during his senior year at Albion Community High School. Since paratroopers were paid $50 more a month, Jack volunteered and was assigned to undergo that training at Fort Benning, Georgia. Upon completing his training, Jack was assigned to the renowned 82nd Airborne Division and ultimately attained the rank of Staff Sergeant.

After his service, Jack returned home where he met and married Pearl Mae Wach in 1947. The couple raised three children and have lived in east Tulsa over the last 37 years.

Jack said that his trip Honor Flight 20 out of Tulsa last June was “one of the most memorable experiences of his life”. The World War II Memorial and the changing of the Guard at Arlington National Cemetery were particularly moving to Jack. Jack was accompanied on the trip by his daughter and felt fortunate that he could share the experience with her.

Above is a picture of Jack and his three brothers taken in 1937 (Jack is third from the left). Remarkably, all four brothers are still living, as are all of their wives and they have all celebrated 60 or more years of marriage to their original wives. Obviously, the qualities of commitment and dedication are shared by the Green brothers.